Famous People in the 1920s: Celebrities of the Jazz Age 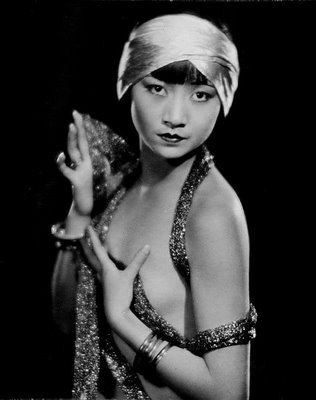 They're all desperadoes, these kids, all of them with any life in their veins; the girls as well as the boys; maybe more than the boys.

With the rise of the mass media, the attraction of the silver screen, books, sports and Broadway shows. For some fame was byproduct of living life in the 1920s.

With the rapid social change and the rise of popular fashion and culture, the fabric of the United States became more diverse and interesting.

Beautiful stars like Louise Brooks, Clara Bow, and Gloria Swanson graced the silver screens and the golden stages of Broadway Shows like the queens of a "New Age".

All became the legends of Hollywood, style, and modern fashion, as much for their intelligence and vibrancy as their beauty.

They also gave women new role models: the strong independent woman who is capable of taking care of herself, asserting her sexuality, and making a living at the same time.

With the spread of notoriety and fame, women like:

From Chanel's notorious fashions, Brooks' "Black Helmet", to Sayre's infamous flapper lifestyle, these women helped shape the landscape of popular fashion, morals, and lifestyles of the rich starlets. The famous people in the 1920s. 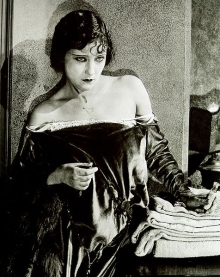 Gloria Swanson in the 1920 Silent Movie "Why Change Your Wife"

These were the "IT" girls: the most famous people in the 1920s. At the same time, many men were becoming famous for their exploits around the globe. . . from sports to music, people were making names for themselves.

From the baseball diamond to the science lab, men were becoming famous for their accomplishments.ic 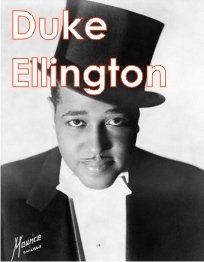 Josephine Baker: "The most famous woman in the word"

From Lindbergh's "Spirit of Saint Louis", Ruth's 60 homeruns in 1927, to Fitzgerald's The Great Gatsby, the jazz age was a proverbial superstar's playground and a new and exciting world for the exploits of famous people in the 1920s.

The diversity of why these men and women became famous is staggering.

Capone became famous for being the most visible, powerful, and flashy gangster of all time; Louise Brooks for her flapper look, beauty, wit, and brashness, Einstein for his intelligence and ability to overcome obstacles, and Ellington for his immense talent and his ability to encapsulate the sound of the 1920s.

Yet these famous people all have something in common: The drive and vision it takes to become famous.

The 1920s are important because they really focused the concept and possibility of becoming a "self made man" (or woman) -the twenties distill the "American Dream" and reinforce that anything is possible if you have the passion and drive to fulfill your vision for the future.

There are many lessons to be learned by studying the famous people of the 1920s.