Coco Chanel was an amazing fashion designer and business woman. Chanel's spirit sums up the essence of the 1920s. 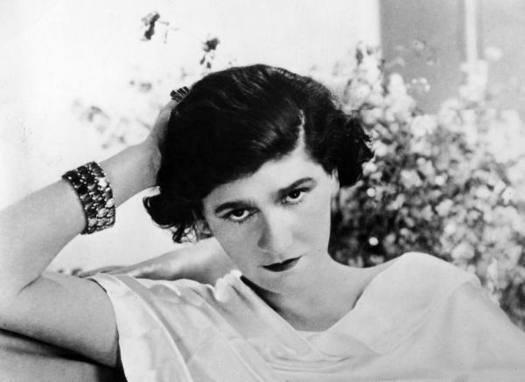 How many cares one loses when one decides not to be something, but to become someone. -Young Coco Chanel - Circa 1920

The Roaring Twenties were all about becoming "someone" - separating yourself from the old and "making life new". Chanel set the stage for modern fashion by creating a signature style, a brand awareness, and a social buzz around herself like no one had ever done before.

In a world before fashion superstars there was Coco Chanel!

Chanel saw the needs and desires of women and designed her fashion around what women wanted. . .

Women wanted freedom from the constraints society & fashion had placed upon them. Women wanted beauty without shackles.

Chanel redesigned the young woman's role within society. . . making them more beautiful while, at the same time, separating them from the hoards of traditional "nobodies".

She came from an impoverished childhood and private Catholic school upbringing to become the archetypal modern woman. In Joshua Zietz's great book Flapper - Chanel was "the right woman, at the right time, in the right place." 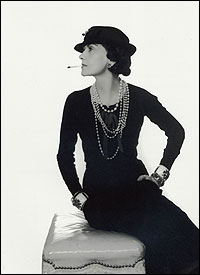 Her elegant and versatile fashions were made from durable fabrics usually reserved for men's work clothes. Chanel stripped fashion of excess material, frilly lace, and the constraints of the past.

Rather than using more fabric, Chanel used beads and embroidery to decorate her clothes.

This technique of adorning women with beautiful jewelry with was suited to her vision of the modern woman since they would not have to fight extra layers or constricting shoulder pads of the Victorian era.

While the fashions of the Victorian Age split a woman's body into two halves, upper and lower. . . 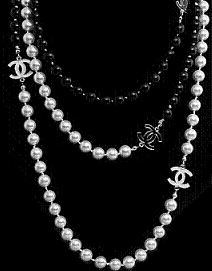 Chanel found continuity and symmetry between the chest, waist, and butt.

In Chanel's famous words she "let go of the waistline" and came up with a style that has been in style for nearly a century.

Through her innovation and vision to renew women's fashion, Chanel's business was exploding as her styles caught on throughout Europe and America.

The Designer of Modern Fashion

Chanel's "Garconne Look" was quickly adopted in Britain and the U.S. and has broadly been called the "flapper look". The Flapper look was defined by it's "masculine" influence.

Chanel used male motifs like sailors outfits and mechanic's dungarees as inspirations for her fashions.

The flapper look shaped the face of fashion in the 1920's and will forever be linked primarily the Coco Chanel.

The House of Chanel would go on to not only redefine women's fashions, they also put out one of the most popular fragrances: Chanel No. 5.

Chanel remains one of the bastions of women's fashion making great eyewear, perfumes, handbags, and of course haute couture. 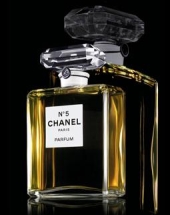 Check out the history of Chanel Perfumes

Gangsters, jazz musicians, adventurers, writers, celebrities, and even the advertisers of the 20's exhibit how creative and driven people can make their mark on the world.

Coco Chanel was the modern woman - her vision lives on in the fashions and attitudes of discriminating women worldwide.