The Exotic and Sublime Styles of 1920's Jewelry

The elegant styles of The Jazz Age extend into the style of 1920's jewelry.

1920's Jewelry - Before Knockoffs Were Passe

Bright colors were the new aesthetic of the 1920's; the rise of technology, affluence, and ease of travel, brought never before seen colors to the world of jewelry.

This color reflected the vibrancy of the Jazz Age. The invention of new materials such as plastic and stones from exotic locations introduced an entirely new aspect to jewelry designers. 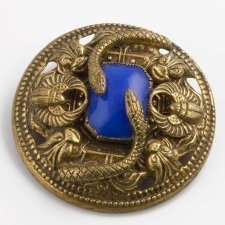 Anything that added decoration to an exposed neck, back, or bare arm was the perfect accessory for an alluring woman of the 1920’s.

During the glitz and glam of the Jazz Age, it was all about the over-sized pearls, ornate gem brooches, beaded necklaces, fringe, and filigree rings.

Decadence, romance, and excess ran rampant, but this time, it was on the cheap. Authenticity was no longer required. What we now think of as “costume jewelry” showed up in dress shops and replaced the heirlooms and overly costly ornaments of the Edwardian era. 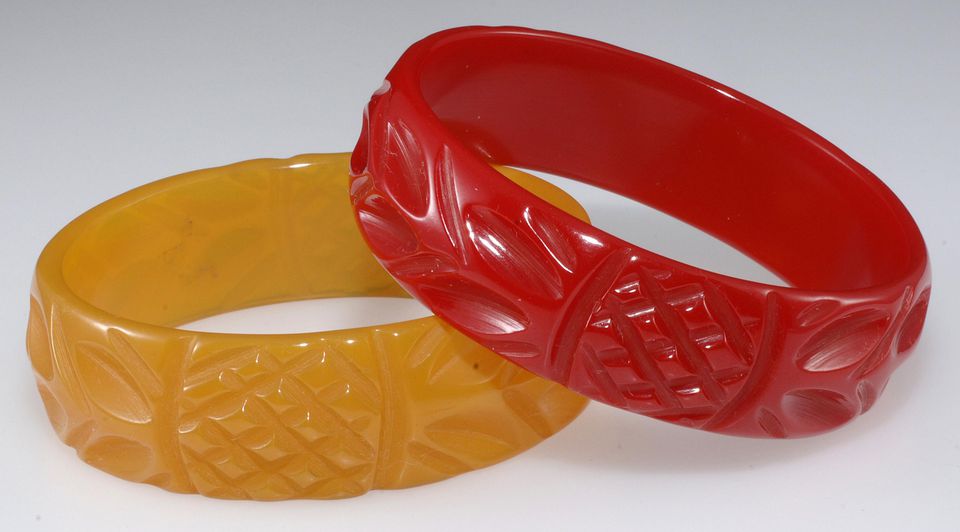 Try to imagine yourself seeing this for the first time, when typical fashion at the time is - well - drab. And you will understand the ensuing craze it created.

Plastic was strong and resilient, and could imitate natural materials like wood, stone, bone and could be colored to any color of the rainbow.

Bakelite, an invention of Belgian chemist Leo Baekeland in 1909, allowed jewelry makers a new freedom in their designs. Rings, necklaces, brooches could all be made to fit any situation or match any outfit.

Bakelite was an antique form of thermoset resin pouring which (for you chemistry buffs) utilized phenol and formaldehyde!

The Allure of the Exotic

Earrings were long, sparkling drops that cascaded down the neck. Necklaces hung loosely and never seemed to end. Hats and headscarves beamed with gemstones and intricate embroidery.

As seen in the many photos of film actress and producer Gloria Swanson, (we found a great one if you scroll further), one can see examples of these glorious hats, intricate head wraps, and the fringed earrings and trinkets of the time.

This idea of taking hold and claiming one’s individualism perfectly falls in line with the ideology of the age – leave the past behind, yes, but bring it with you and mold it to fashion your own future, your own creative space. 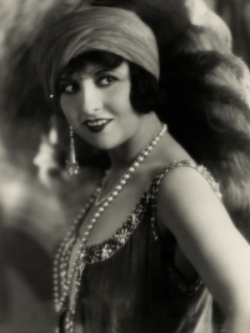 Hungarian Starlette Lucy Doraine: Dressed in Jewelry of the 1920s

Western society was captivated by exploration in the 1920s. With this rise in awareness came a fascination for the "exotic."

The discovery of King Tutankhamen's tomb in 1922 rose the public's consciousness to anything "Egyptian."

Typical motifs of Egyptian jewelry were scarab beetles, Pharaohs heads, pyramids, sphinxes, ankhs, and many others.

Many of these shapes would be reflected in the Art Deco jewelry of the same period.

In addition to the typical symbols of Egyptian culture, women also began wearing jewelry that looked like that of the Egyptian people.

People loved all things foreign (except maybe the people). . . from the kimonos of Japan, to the glass of Czechoslovakia, and the native colors and fabrics of Africa all these elements swirled together to create the classic styles and motifs of 1920's jewelry.

For baubles of the period, it was more about design than the materials. Post-World-War-I taught the masses that cost was relative. The longer pearl necklaces (Sometimes up to 60” in length!) were in fashion in the early 1920’s while the shorter versions showed up in the latter half of the century. 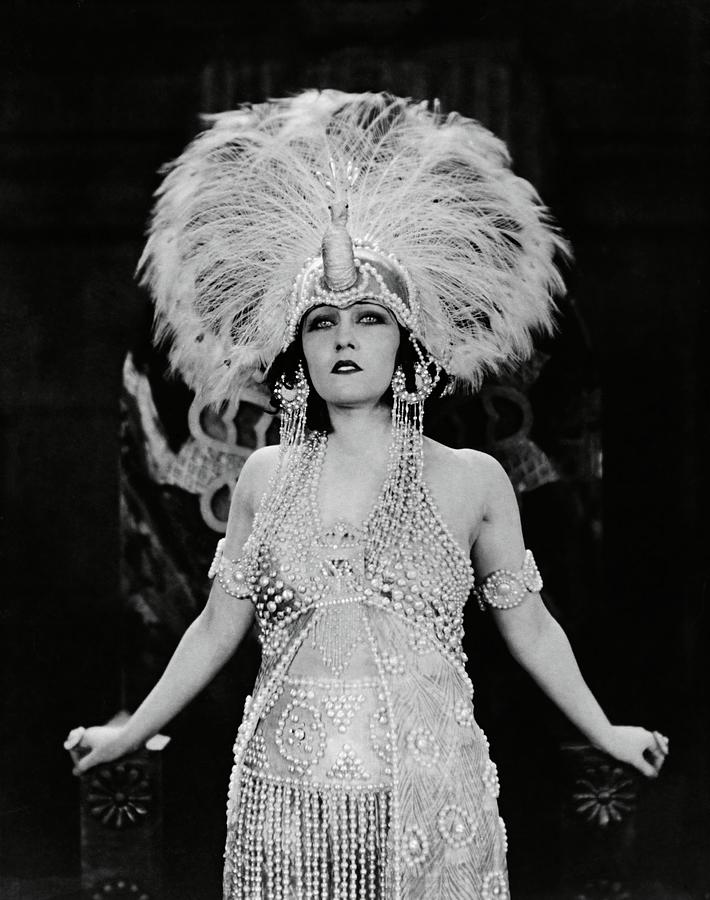 Gloria Swanson in a truly flamboyant example of 1920's jewelry

Sometimes the pearls ended in fringe or a gem that could be draped across the shoulder, behind the back, or in the center of the chest.

The 1920’s were all about versatility and expression, showing off and highlighting a woman’s most attractive physical attributes.

And in terms of bracelets, the more, the better. Layers upon layers graced the slim wrists of the most fashionable ladies.  Jewelry was often colored black, red, or green, and made from materials like bone, metal, shell, plastic – if it resembled African art or something rare and native, it was all the rage.

The straight and simple designs of women's fashion in the 1920s lent itself to expressive jewelry.

In 1924, Coco Chanel popularized "costume jewelry" to accent and contrast the straight and simple lines of her fashion designs.

You don’t have to be a jewelry aficionado to know the brand power in the name Cartier. During the 1920’s, Cartier’s famous Art Deco designs and filigree rings were highly coveted by the old and young alike. 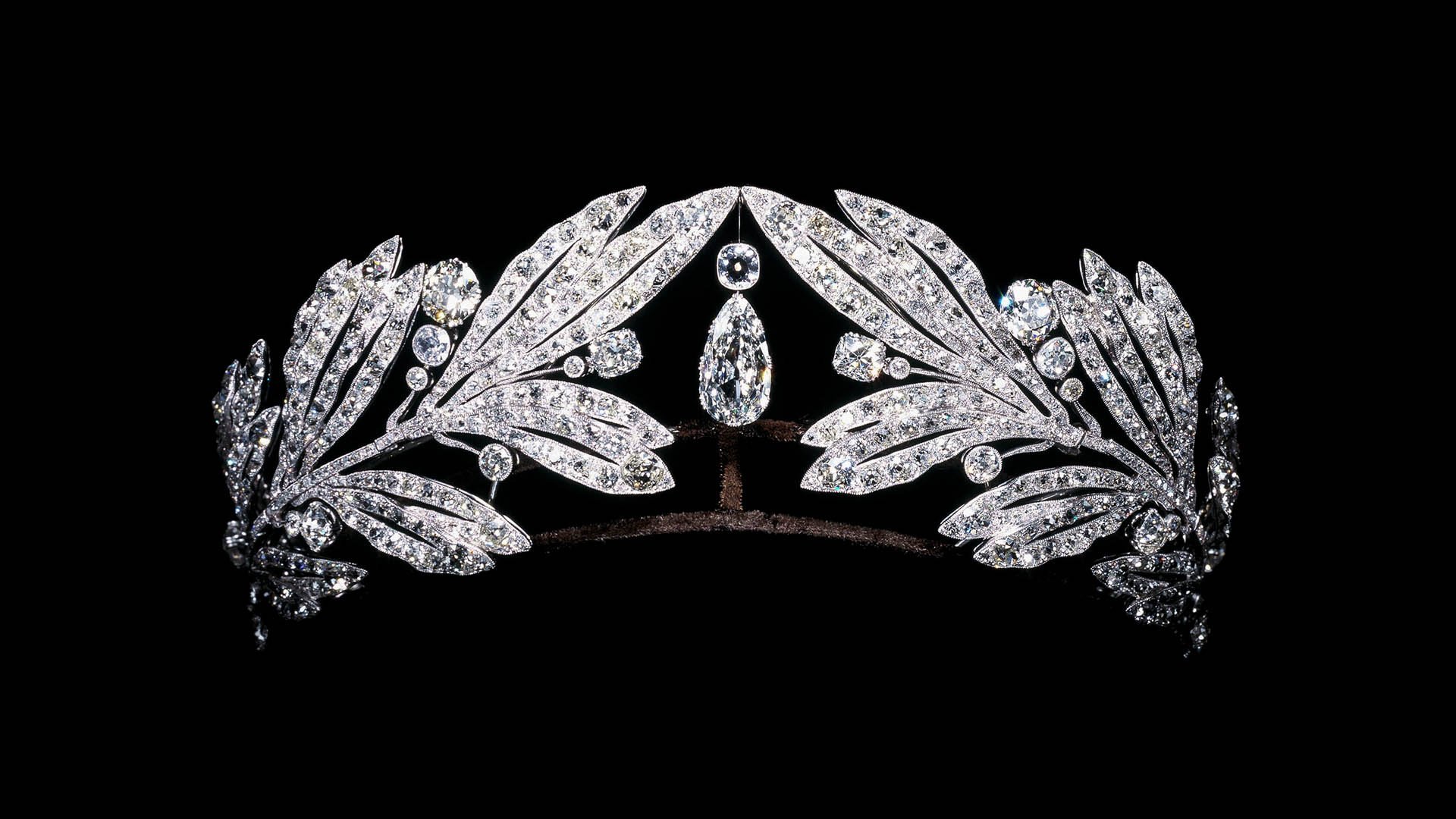 A vintage tiara from Cartier

Cartier designed for the royal families of Europe as well as Hollywood’s most glamorous starlets. If you were anyone, you wore Cartier.

Tiffany and Co., a rival of Cartier’s, was known for its Art Deco engagement rings whose now vintage styles have remained prominent in popularity even today.

Other notable brands during the 1920’s like J.E. Caldwell and Bailey, Banks, and Biddle, pre-dated other manufacturers but they were responsible for building the foundations of these newer Art Deco styles, taking from the earlier Art Nouveau movement that brought with it a highly ornamental and organically inspired set of standards.

The Story behind 1920's Jewelry

In the case of 1920's fashion, the jewelry tells a story of a truly great age, especially for women. People were fascinated by the exotic, the foreign, the unknown, and inspired by the beauty of "the new." 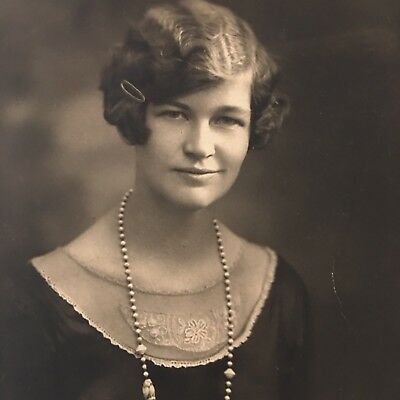 A rare portrait of a flapper flaunting her (real?) jewelry

The world expanded rapidly as technology and peoples' desire to explore their surroundings increased. They would return from their adventures with a new discovery and new treasures. These influence of these exotic finds were reflected in the 1920's jewelry and fashion.

What is clear about the 1920’s is that its affordable styles and semi-precious stones, and economic materials, forever changed jewelry consumption, collection, and adulation.

As they could now afford to make their own choices of styles instead of relying on family hand-me-downs of centuries past, women embraced the freedom of chosen adornment as jewelry evolved to become a statement rather than status.

And without the dated constraints of a corset and heavy garments to weigh them down, these more modern, unbridled women were free to move and bejewel themselves as they so desired.

A string of pearls here, a feather there – the choice was theirs and theirs alone as they unknowingly and naively moved towards yet another war and the fiscal blows of the Great Recession. 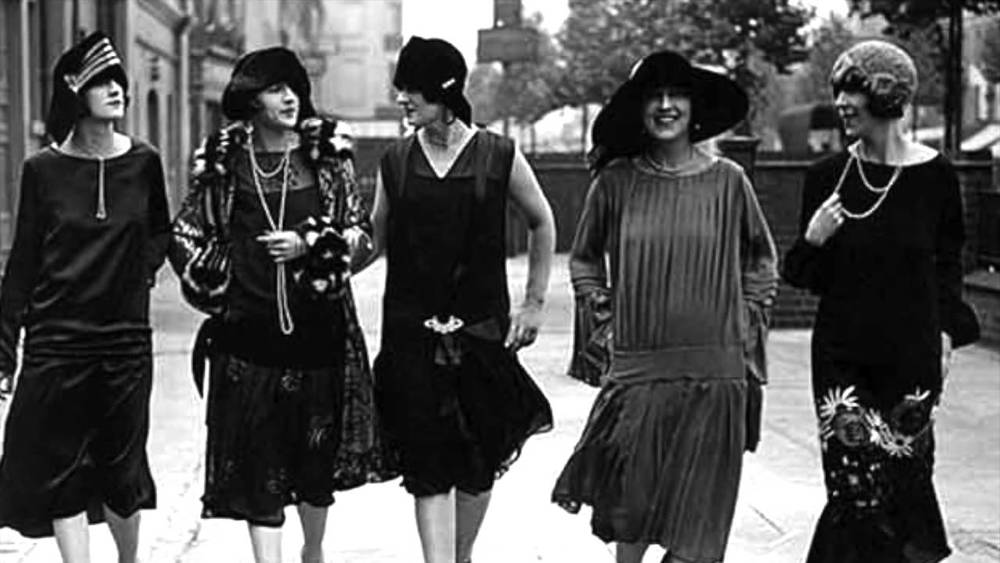