Exotic Fashions and Style: Art Deco in the 1920s

The Fabulous Style of Art Deco in the 1920s

The end of World War One brought rapid awareness to the fact that the world was growing smaller in relation to the rapidly expanding technologies. More and more people were moving into the cities from the country. 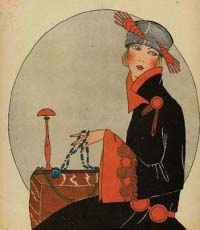 The Oriental Influence of an Art Deco Dress

Historians argue the Art Deco movement started in or around 1925 and lasted into the early 1940s. Some say the movement started much earlier, right at the turn of the century. Art Deco became very popular in the 1920s.

"Art Deco" isn't referred to as the "Art Deco Movement" until the 1960s. In retrospect, you can see the profound influence the movement had in architecture, fashion, and art.

Just look at Manhattan, both the Chrysler Building and The Empire State Building have Art Deco spires that point toward the heavens.

Many historians give credit to the war for inspiring artists to infuse their work with both the fragmented nature of Cubist designs with the luxurious trappings of Orientalism, and the cutting-edge of the avant-garde. 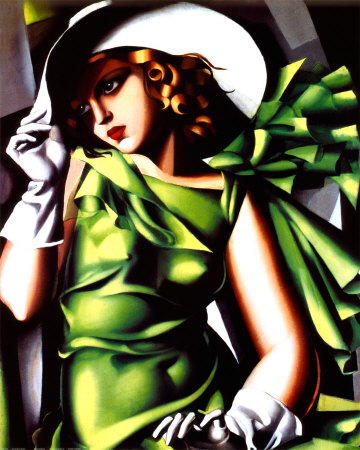 The Influence of the 1920s: Art Deco Inspired Fashion

With the rapid change in culture and society, visionary fashion designers like Paul Poiret and Coco Chanel changed the face of fashion.

The history of Art Deco fashion doesn't start in 1920.

You must go back to the turn of the century to get a good sense of the many elements that fused into Art Deco inspired fashions of the 1920s.

At the same time Poiret extracted women from the corset and put them into the chic gowns he is so famous for, artists, musicians, writers, and intellectuals converged upon the large fashion capitals of the world.

Much More About 1920s Jewelry!

Ideas and creativity were buzzing. The Art Deco movement that peaked during the 1920s was the pinnacle of a larger social movement.

You can see many different examples of Art Deco rings, fashions and paintings on ebay. You can still find great deals on art deco fashions.

The western world has always had a love affair with the "exotic" motifs and cultures.

As the Victorian and Edwardian Ages wore down, western society broke out of it's shell and embraced it's love of the fashions of the "near and far east" and integrated many of the myths, fabrics, and fashions of "Oriental" cultures into it's styles.