1920s Pop Culture - Are You Really Going to Sit On the Top of That Flagpole?

"All rides are guaranteed to get you back in one piece, your money back if you get killed." 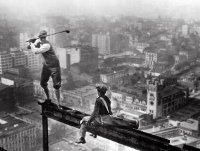 Read much more about 1920s sports

From widespread acceptance of the automobile, which one famous person said would never catch on (tell that to someone in L.A. Traffic), to flappers sitting for days at the top of a flagpole, 1920s pop culture was a crazy and bizarre mix of sports, events, economy and spectacles.

If there was one thing that shaped the 1920s that gets too little credit, it is the 20s cars. For the first time regular people could go where they wanted, when they wanted, without need of a horse.

The automobile played into the 1920s pop culture because it granted people independence. It delivered Flaming Youth from the rural areas to the big city and back again. It made speakeasies and jazz clubs accessible to aspiring musicians.

In the 1920s cars were a symbol of independence more than the fashions, the jazz, the booze, because they made those things possible.

The 1920s is inseparable from the music that became popular with the youth of the decade.

Jazz shaped the age, it set the move, it was the soundtrack of a new era. It became the theme song to flappers dancing on rooftops, gangsters hanging in smokey speakeasy's, it was the track running behind Steamboat Willy's trip down the ol' Mississippi. 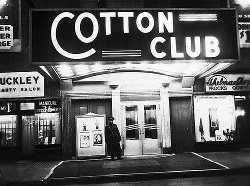 The Most Famous Nightclub of All Time? The Cotton Club

The 1920s is known for it's famous musicians like Louis Armstrong, Bessie Smith, Duke Ellington and Bix Biederbeck who all became famous names in The Jazz Age. And countless other nameless musicians who helped shape jazz into what it has become.

The Rise of the Criminal Celebrity: 1920s Crime, Bootleggers & Gangsters

Prohibition was signed into law in 1919, and took effect in 1920. It gave rise to a new culture of criminal businessmen: bootleggers and gangster crime bosses who began to dominate entire cities with their illegal booze, racketeering, prostitution, gambling, etc. 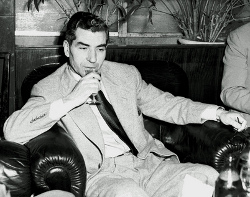 The 2nd-most Famous Gangster of the 1920s: Lucky Luciano

Al Capone ran the city of Chicago with an iron fist, with his underground tunnels supplying the south side of the city with booze and broads. In 1920s pop culture, he turned the criminal lifestyle into something to be glamorized and romanticized in the tabloids.

Lucky Luciano was also brought up in "The 5 Points Gang" wit Al Capone. He went onto be the boss of the Genovese crime family.

One of the biggest moments in 1920s popular culture was the Saint Valentine's Day massacre on February 14, 1929. Al Capone's gang carried out a plan to kill his rival "Bugs" Moran, while Moran was not killed 7 of his men were.

The Birth of The Silver Screen: 1920s Movies

By 1920 over 2000 movie theaters existed across the United States.

Hollywood and New York became meccas for this new type of entertainment. Warner Bros., Fox Film Corp. (later 20th Century Fox), and Metro-Goldwyn Mayer, were three of the largest an most powerful production companies in the world.

The Most Famous Man In the World: Charlie Chaplin

They began to employ some of the most handsome and beautiful actresses of the time and turned them into stars. 1920s pop culture began ushering in a new type of celebrity.

The movies truly gave rise to the culture that valued beauty and fashion, and sparked the entire cosmetic and fashion industries into gear.

Weird Stunts Involving Everything From Airplanes To Really Tall Poles

From the files of "WTF? 1920s pop culture" People did a lot of weird stuff to get in the news in the Roaring 20s.

Because of cameras these spectacles are readily available for us to laugh at.

Was a craze across the country. For reasons unknown to me people would climb to the top of a tall pole and sit there on a little platform for as long as possible. Sounds like a really boring time, with horrible consequences if you fall asleep. I'm not sure how much you'd have to pay me. 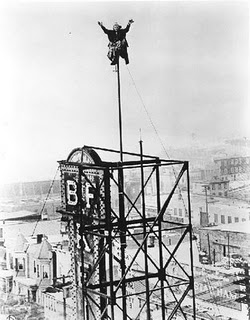 Flagpole Sitting? Bored Witless or Flat on Your Face?

For some inexplicable reason people would dance until they dropped. Usually for some charity or contest, these dance-a-thons were very popular with the youth of the 1920s and were widely covered by the media.

Made famous by daredevil Mabel Cody's Flying Circus it seems anything was fair game when it came to death-defying feats in the 1920s.

From chasing an airplane down in a automobile and grabbing onto a rope ladder attached to the plane's wing, to hanging on for dear life while the plane does aerial tricks, barnstormers did it all.

Read Much More about the 1920's on Our Homepage