1920s Economy: The Rise of Modern Consumerism and Advertising

What changed in the 1920s economy?

Most historians agree, prior to 1910 America was not a consumer culture. After World War 1, however, the ideology of the world shifted away from the more Puritan values of "hard work and thrift" toward a more centralized attitude of "production and consumption." 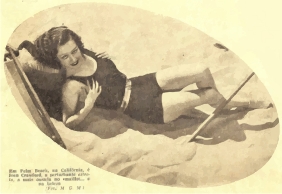 The invention of the conveyer belt allowed swift production of goods, advances in available materials like plastics lowered production costs, and more effective advertising methods turned the producers of the goods into consumers too.

The 1920s Economy Was Dependent on Manufacturing Consumers

Need a fresher cigarette, fall in love, or have a happier marriage? Yep, there's a product for that.

Advertisers began to poke peoples' insecurities in order to sell to them. They did this by preying upon peoples' emotions, mainly the dichotomy between fear and happiness.

Advertisements from the 1920s are ripe with images and words that elicit certain responses, especially from women, about what is "socially acceptable," "beautiful," "attractive." 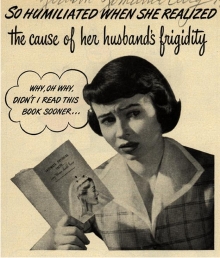 Advertisers waged war on everything from feminine odor, bad breath, sweating, unmanicured fingernails, obesity, etc, positioning their products as the cures for these problems.

These 1920s advertisements were not only focused on women, bald men, overweight men, hairy men couldn't escape the focus of the advertisers.

Modern ad companies realized, that everyone has insecurities that can be sold to, you just have to find the right angle to focus your lens. The 1920s economy was all about prying the right emotional lever to elicit the right response.

And what better tool to use than the image of beauty?

What was the role of movies on the economy in the 1920s?

The rise of Hollywood in the 1920s gave advertisers the perfect medium to market their products to an unsuspecting consumer.

They had to convince the public that their "possessions" mattered, and the illusion was, the more stuff the modern consumer possessed the closer they could perceive themselves to their ideal image of beauty or happiness.

The 1920s economy was dependent on the public's needs and wants, as one advertiser said,

"Without imagination, no wants. Without wants, no demand to have them supplied."

The movies provided the perfect canvas to make people want beauty. Beauty in looks, body, fashion; people wanted what the stars drank, smoked, chemicals they put on their face, how they cut their hair.

What they drove, where they went, what they did once they got there.

All of these things became avenues for smart marketing campaigns.

Plus, as an added bonus, the movie itself was another source of revenue for the economy in the 1920s.

Products Provide Relief From Everyday Life... Or do they? 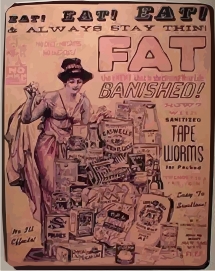 What's Your Problem? Obviously, Not Enough Tape Worm in Your Diet

Americans had "lifestyles" to maintain, mortgages to pay and more stuff to buy. And buy they did, people bought these new products hook, line, and sinker, because they appeared to make their lives easier, more comfortable, more romantic, just more.....

As you know, the 1920s economy was about "more." Women wanted to be "more" beautiful, like the leading ladies they saw prancing about on the Silver Screen. These beautiful women became the standards of beauty that everyone strove to emulate.

And with this new idea of "body image" the weight loss industry was established. Bigger breasts, smaller waists, bigger boobs, more beautiful face, yep, there's a product for that

. Fashion, cosmetics, diet pills (some people even went as far as to do the infamous 1920s tapeworm diet).

Slender bodies became the new standard of appearance, this was reinforced by the fashions of the day. No longer were women cramming their large butts and boobs into corsets and cinching their waists.

But they were buying products they could use discreetly at home, rubber garments like "Chin Reducers," "Frown Eradicators," "Neck Reducers," designed to make people perspire at the "problem area."

Everything from food, to creams, to soaps, gum, and vibrators were marketed as solutions to America's new weight problem. 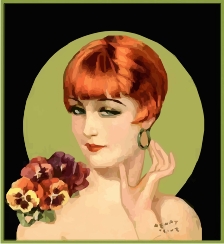 The 1920s economy became reliant on these advertisements, articles and movies to promote the theme of the day. But this fundamentally shifted the way people defined what it meant to be a woman, or man in society.

No longer was it okay to be yourself, you had to buy your way into being a "better version" of you. Of course this is still true today, although advertisers have perfected the psychology of selling to the point that everything we think has a sales message attached to it.

The American economy famously collapsed October 29, 1929, so apparently the 1920s stock market crash was an indicator that the good times could not sustain unchecked consumerism, yet.