The Lurid History of Louise Brooks

Of all the stories that have come out of the 1920s, the history of Louise Brooks is one of the most intriguing.

Louise Brooks Brooks was the embodiment of the Roaring Twenties' "modern" woman. She was: 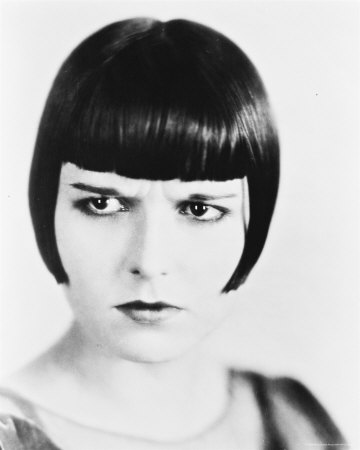 Brooks' famous line: "I like to drink and fu*k," was the rallying cry for many flappers and celebrities during the 1920s and beyond.

Yet, Louise Brooks' history lies far deeper than her sexuality: it's a story of a girl and a woman who remained true to her ideals even though they ultimately cost her career.

Mary Louise Brooks grew up in an affluent family in the mid-west - Kansas to be exact though her mid-western roots would seem to plague Brooks her entire life.

It was a youth spent with her nose plunged into one of the modern classics like Dickens, Emerson, or Twain.Brooks admitted she didn't understand everything she read in those early years, but she forged through them regardless.

This was just how the history of Louise Brooks shows her personality - relentless in everything she put herself to. 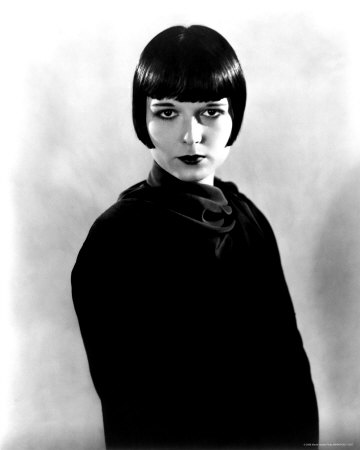 As she got older her pursuit of the opposite sex became relentless as well. At only 14, Brooks' diary is littered with entries of young men whom she is stringing along with her affections.

Yet as normal as the facade seems, the history of Louise Brooks childhood is a dark and disturbing one.

She had been sexually assaulted twice - once when she was nine, by a local handyman, and again when she was 14, by the local Sunday school teacher.

As has been noted by other historians, Brooks' ability to separate sex from love is probably a result of this early trauma, though no one will ever know for sure.

Brooks' ticket out of the mid-west came at age fifteen, when she was invited to Manhattan to study at the prestigious Denishawn School of Dance.

The History of Louise Brooks Is A Sad and Lurid Story

In New York, Brooks impressed her teachers with her amazing sense of strength, balance, and poise, all traits she would carry her entire life.

Brooks took to both Manhattan and modern dance like a fish to water. She took a full time position dancing with the Denishawn dance troupe.

In true Manhattan-ite fashion, Brooks set out to rid herself of her mid-western accent and acquire the spoils of being a beautiful and talented dancer in New York - namely to win the affections of many powerful and wealthy men.

Men that dressed Louise in the finest fashions of the 1920s - ermine coats, mink shawls, and designer dresses.

Yet, Brooks' love affairs were not approved of by her employer. Miss Ruth St. Denis had a personal conduct policy that stated, "no boyfriends, no drinking, and no sex," all of which went against Brooks' own personal conduct policies. In 1924, at the ripe old age of 17, Brooks left the Denishawn troupe for greener pastures.

Brooks went to work on Broadway with George White's Scandals. A risque act where the women danced on stage nearly nude.

Much more than just beautiful, Louise was an amazing dancer -

It's been said she could do the Charleston as well as any of the black girls from Harlem (and that's saying something, being that Brooks was a white girl from the midwest), and of course, she was a much better dancer much better than the other girls in White's Scandals.

Brooks' personality, beauty, and vitality made her the rage of Broadway and the object of the affections of bankers, lawyers, tycoons, and politicians.

Though Brooks' personal ideals seemed to steer her away from any man who could use his career to further hers. Jerome Charyn writes of Brooks' inability to accept help from others, "She was a failure in the land of success, a gold digger who didn't know how to dig."

The history of Louise Brooks is one of staying true to her ideals even at the expense of her career. . .