Harlem Renaissance Music in the 1920s

Jazz Was the Sound of Harlem Renaissance Music!

Jazz was the sound of the 1920s. Jazz and individuality blossomed in the Roaring Twenties, and there was no better medium to nurture the pure jazz sound than 1920's Harlem.

With the Harlem Renaissance in full swing, jazz became the "people's" music despite some trouble being accepted by the black "cultural elite." 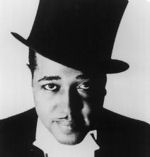 Jazz remained very popular with most of Harlem's citizens and it's popularity was growing quickly nationally and worldwide.

The Birth of the Nightclub 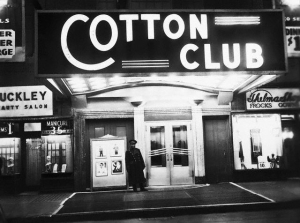 The Lights of the Cotton Club

Nightclubs like the Savoy Ballroom, the Apollo Theater, and the Cotton Club were perfect venues to display the vibrant intimacy of jazz.

Yet jazz was not held in the highest regard by all of Harlem's residents.

Going to nightclubs and rent parties was very popular they were "the special passion of the community" jazz is too often left out of Harlem Renaissance history.

Gioia and other jazz and cultural historians believe there was a profound desire for well-to-do blacks to assimilate into the white business culture of the large American north-eastern cities where jazz was gaining in popularity: New York, Chicago, Detroit, Saint Louis and others.

The advent of the "Harlem Stride Style" of piano helped bridge the gulf between the "low life" culture as jazz musicians were perceived, and the black social elite. The piano(for many was a symbol of affluence) rather than the brass band (a symbol of the south) defined this style of jazz.

With the Harlem stride style of jazz, the music became more accessible not only for wealthy blacks, but also for whites. Jazz's popularity was at an all time high as the fervor grew throughout the country.

Jazz Was Popular Entertainment and Became a Huge Business!

Harlem Renaissance music was defined by the lively clubs and characters who constantly improved and modified jazz's sound.

Men like Duke Ellington, Jelly Roll Morton, and Willie "The Lion" Smith were the "gladiators" of jazz in these early years. Perfectionists, they had little patience for musicians without the talent or skills to keep up.

The competition and innovation during the 1920s was fierce.

Harlem Renaissance music was more than just music, for many, jazz was a way of life.