Advertisements of the 1920s

Consumer Culture: The Art of Money

Advertisers and advertisements of the 1920s hit critical mass: warehouses full of supply, increasingly rapid production and delivery methods, growing brand awareness, and a society desperate to shake off "the war to end all wars" (World War I killed over 15 million people). 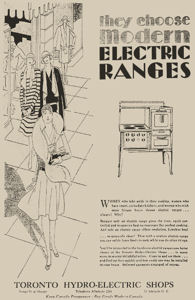 Plus, the bitter end of the economically stifling and social repressed Victorian era did wonders for the American economy.

It opened up the marketplace to another entire half of the population--women!

The American Economy Was Booming!

The marketplace opened exciting new doors for women to express themselves; it allowed visionary designers and resourceful entrepreneurs the creative room to create new fashions and wares, from which many new and exciting products could be marketed.

The recent technologies of the industrial age and the production methods of World War I helped flood the market with things to buy: lightning fast communication across long distances, mass production, rapid transport, etc. became perfect means of producing and delivering.

All companies needed were lots of order forms for all their neat new products-right? In a word: No.

Advertisers needed to make people aware of, and shift people's thinking to make them desire and need all the new-fangled products.

Joshua Zeitz quotes an 1920s advertiser in his well-researched book Flapper: A Madcap Story of Sex, Style, Celebrity, and the Women Who Made America Modern: "Without imagination, no wants . . . Without Wants, no demand to have them supplied."

The Birth of Consumer Culture.

Ads took on a unique quality. Advertisers played of the not-so-forgotten moral "guilt" of the Victorian age to urge consumers to make their product consumption a moral decision.

These types of advertisements show the integration of fashion with commerce.

The advertisers' message became: "Not only are these products necessary for your family's convenient living, but using them solidifies your social standing too so nobody thinks you might be 'lower class' citizens." 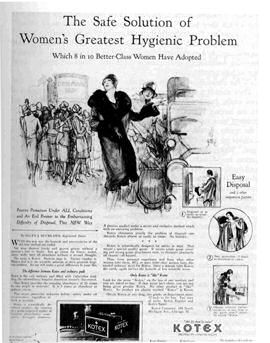 New technologies like automobiles, films, and telephones not only became products in and of themselves they also became the message "getting the word out" about all the new things that everyone could desire and need.

American society was ready to buy stuff. Advertisements of the 1920s changed the way society acted and bought.