But not all celebrities of the 1920’s were brought to fame via screen or stage. George Herman Ruth also known as “Babe Ruth” became the first sports superstar in America. 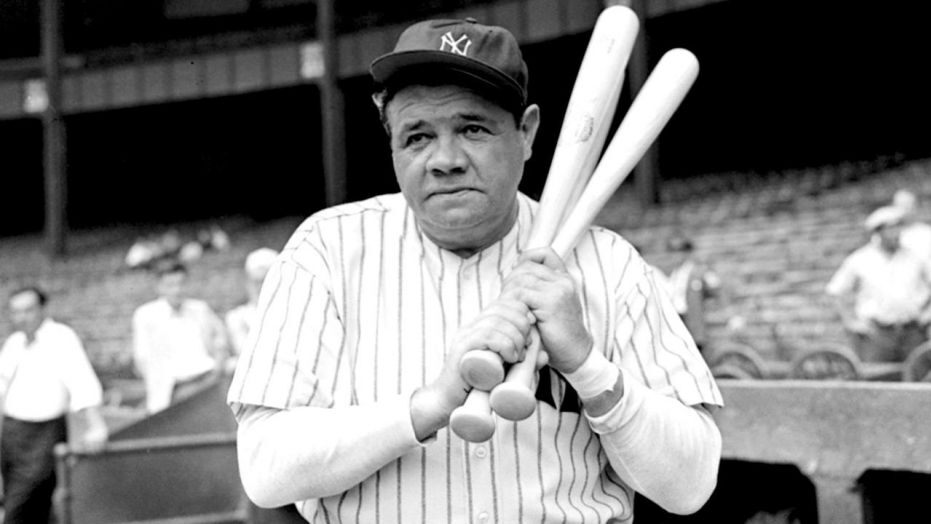 With a career spanning 22 seasons, Ruth became the record-holder of Major League Baseball, with 714 home-runs and over 2,000 runs batted in.

Moving from his role as a left-handed pitcher for The Red Sox, Ruth ultimately found his career highs as an outfielder with the New York Yankees with whom his titular career started in 1920.

Aside from his slugging, he was known for his bad boy, off-field antics. In The Big Bam: The Life and Times of Babe Ruth, author Leigh Montville described friend and pitcher Waite Hoyt’s fascination with Ruth. 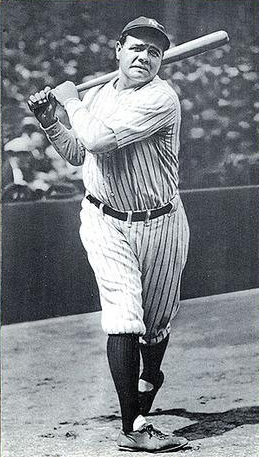 Babe Ruth with his weapon of the game

He was drawn to “the don't-give-a-shit freedom of it, the nonstop, pell-mell charge into excess. How did a man drink so much and never get drunk?”

Until 1917 and the United States’ entry into WWI, baseball had been America’s pastime – once we entered the fray with the French and British, it transformed into a sort of morale booster for soldiers at home and abroad.

According to Wendi Maloney and her research for The Library of Congress, The American military created 77 baseball diamonds in France, and on any given day some 200 games were played throughout the country.”

On the heels of the war, it is no wonder Ruth became a hero of the field, his accolades offering the reprieve soldiers needed. At 189cm and 215 lbs., Babe, also known as “The Sultan of Swat,” and “The Bambino,” reached mythic proportions in the Golden Age.

He was insatiable, as his “bellyache heard round the world” was testament to, after undergoing abdominal surgery for reportedly eating 12 hotdogs in between innings.

Whether that story was farce or fact, what remains true is that Babe Ruth left the world with more than just homeruns and towering statistics, he left behind a legacy.