There are few styles as instantly recognizable as the pinstriped suit and fedora hat. . . add a beautiful car and a gorgeous woman to the mix and guess what you've got?

From the red carpets of movie award shows, to your local costume party - few figures have had the social or fashion impact of American gangsters. They have defined an entire fashion culture around their distinctive "look" and attitude.

Check out the history of 1920s and '30s gangster suits

From Al Capone and Lucky Luciano to John Gotti and Sammy "The Bull" Gravano, organized crime characters have built their reputations as rebellious, dangerous, and "well-dressed" business men.

What is it so many people find so appealing about the "mobster look"? And how do you put together the best Al Capone style costume?

The 1920's set the stage for criminals to become stars.

With the passage of alcohol Prohibition (18th Amendment) in 1919, America became a powder keg of organized crime.

The men and women with the guts and means to break the law stood to gain the most, also became the superstars of film and novels. 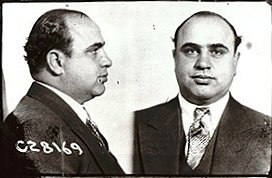 Black markets popped up around the country, speakeasies became popular destinations for those who wished to drink, listen to jazz, dance and have fun.

The speakeasy's most notable patron? The other lasting icon of the 1920's - the beautiful and brash flapper girl.

With these social changes and the rise of mass media - famous mobsters became more and more visible in the public eye - much to the chagrin of those in charge.

Bootleggers and criminals strong-armed America into redefining success. Criminal millionaires popped up in newspapers all over America.

Alluring Americans with the romance of danger and financial reward of the criminal lifestyle and bucking the system.

Entire police forces seemed to be stuck in the deep pockets of men like Capone and Owney Madden. All the while this was being played out right under the nose of the American government.

It's no wonder gangsters have become the symbol for defiance and success for "the regular guy". And, as you know, "the gangster" remains a symbol of hard-won success and the criminal's "code of ethics" in movies and in music. 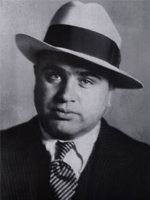 Everyone Loves the Gangster Underdog

The link between music, movies and mobsters is legendary.

The greatest jazz musician of the 1920s Duke Ellington was the bandleader at the Cotton Club, the famous speakeasy and club owned by Owney Madden. 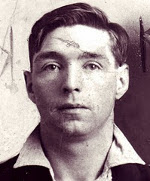 Madden was one of the biggest and most powerful bootleggers in New York City during the Roaring Twenties.

This entire drama is played out in the movie The Cotton Club starring Richard Gere.

The mobster movie genre is filled with well-heeled and handsome stars who always get the girls, always make the money, and always go out with a bang.

Al Capone is the most referenced dead white guy in music history, from Raekwon's Purple Tape to The Notorious B.I.G.'s Ready to Die and many other high profile rap albums.

70 years after his death Capone still commands elite status as a figure of urban success and the romance of the criminal lifestyle.

This remains a big reason the mobster's costume is so popular at Halloween parties world-wide - name another figure who has had such a lasting impact on fashion and society. . . 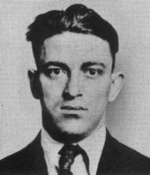