As skirts' hemlines got shorter so did ladies' 1920s hairstyles. . .

Fitzgerald's story is about a socially inept Midwestern girl who is tricked into cutting her hair short by her rival.

Like many young women of the early 1920s, she runs away from "decent" middle-America, presumably to New York City the whirling hub of action during the Roaring Twenties. 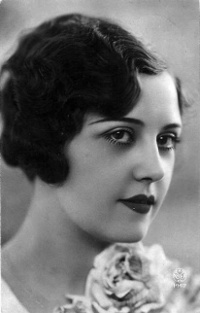 Women had always had long hair. Perhaps the radical changes in fashion dictated changes in the hairstyles as well.

Maybe it's for the best. . . in the years immediately following the war, many young women wore their hair in "earphones" or "cootie garages" which basically made the girls look like human versions of Mickey Mouse.

Girls all over the country, inspired by Coco Chanel and other fashionable celebrities like Clara Bow, began cutting their hair short.

As with the streamlined clothes of the era, 1920s hairstyles reflect an androgynous movement toward a more masculine look.

Historians quibble over the significance of the more "male" inspired clothing and the short hair movement, many "experts" saying that the male and female roles were bleeding into each other thus we get women that look like men. 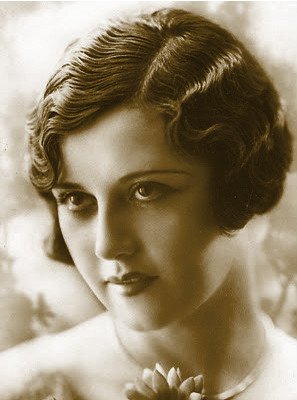 "Fingerwaves" Were One of the Most Popular hairstyles of the 1920s

What do Historians know about sexy anyway?

The shingled and Bobbed cuts that define 1920s hairstyles are nearly as recognizable as the flappers that wore them.

The different 1920s hairstyles were: (get photos and tutorials about the hairstyles of the 1920s--click here)

This was the most general of the cuts. Bobbing one's hair was more the act of cutting it short than the hairstyle itself.

You would have "bobbed" hair regardless of how you fashioned it. Girls began bobbing their hair for many reasons one of which was so they could fit the fashionable cloche hats over their heads. 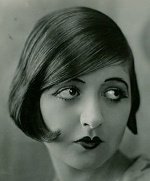 Generally, the bob fell to the bottom of the ears, was cut square around the base of the head. Often the hair was parted on one side. Sometimes bangs were worn, but most often the hair was swept over to one side. 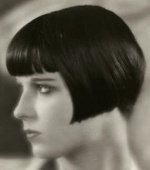 Louise Brooks' "Dutch Boy" hairstyle, though not the most popular, is probably the most iconic style of the 1920s hairstyles. The very square look with the bangs and sides that frame Brooks' beautiful face show the influence of the Art Deco movement with their sharp angles and square lines.

Brooks will always be remembered as "the girl in the black helmet" because of her hair.

The Shingled hairstyle had several variations that appeared throughout the 1920s.

Antoine, the most famous French hairdresser of the period perfected the Shingle cut in 1925. Shingled hair was marked by its very short length at the back of a woman's neck.

Shingled hair lay flat to the woman's head, and covered her ears. Sometimes "spit curls", little ringlets, were put into the hair at a young woman's forehead or cheeks. 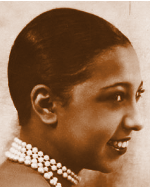 Named after a British boy's prep school. The Eton crop exposed a woman's ears and was cut short all over.

All of these looks have remained popular with women who like to separate themselves from the crowd.

The styles still turn heads just like they did in the 1920s. 1920s hairstyles have influenced modern fashion in many ways.

Go to the top of this 1920s Hairstyles Page

Read much more about the 1920's on our Homepage