Top Fashion Trends of the 1920s

The top fashion trends of the 1920s influenced society in many ways. For the first time a "look" was available to the masses.

These trends were influenced by the rich, social "elite" who had money to burn and lived close to the fashion centers of the world. Urban centers like New York and Paris influenced fashion, and fashion became the calling card of beauty, "sophistication," and affluence. 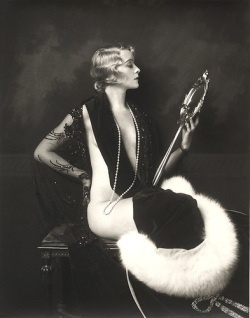 The Sexual Revolution of the 1920s

Fashion and beauty are inseparable from sex. Throughout history, how people dress reflects how they are seen in society.

The top fashion trends of the Victorian Age dressed women in bodices, crinolines and corsets. Accentuating a woman's breasts and ass while crushing the waist within a frame of "masculine" control as Joshua Zietz writes in Flapper.

The corset, he continues, had a political proscriptive function which determined how they were seen and how they functioned in society. Obviously a woman could not do much physically while wrapped beneath a crinoline which lessened their ability to breath and physically crushed their internal organs.

1920s fashion, in contrast, with the loose fitting waist lines, short hemlines, and simple breathable fabrics, reflects an easing up of the male domination of the female look.

It was at this point that women, en masse, began riding bicycles, exercising, playing sports along with the other behaviors women are known for in the 1920s.

Designers like Paul Poiret, the self-proclaimed, "King of Fashion," was a Parisian of refined style and taste, though you'd never know it from his inflated sense of ego and self (o.k. maybe you would).

Poiret lived and breathed fashion and with his elegant designs he set forth to change the way the "modern woman" was seen in society.

It's said Poiret "waged war" on the corset because of the way it divided a woman's body into two halves. 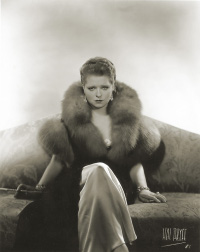 With Poiret's influence and the contributions of several other talented, but less well-known fashion designers, the top fashion styles documented a shift toward an exotic look that utilized luxurious fabrics and furs.

Luxury was in season.

As accessories, an animal's tail, head, and often paws were often used as decorative elements on these coats. I remember a coat of my grandmother's that was constructed entirely from the bodies of about 30 minks, heads, tails, paws. . . the works. It was both appalling and intriguing. In the 1920s this look went out of fashion quickly, thankfully.

Another calling card of the top fashion styles of the 1920s were the rising hemlines of a woman's dress that progressively got shorter and shorter as the decade went on. Finally reaching just above the knee in 1925 and staying there.

It would be hard to talk about the top fashions of the 1920s without mentioning Coco Chanel. As we've covered, she made a name for herself selling clothes for women that blurred the line between the "look" or "style" of man and woman. 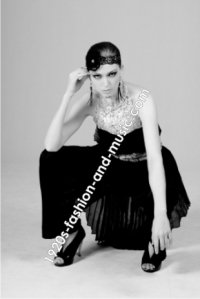 The flapper fashions that were heavily influenced by Chanel's early designs set the stage for the entire flapper movement in America and worldwide.