The Lurid History of Broadway in the 1920s 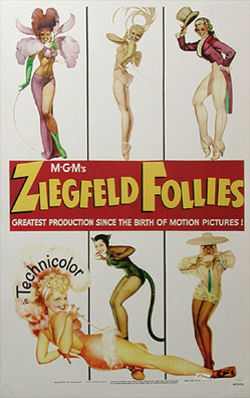 Manhattan is the jewel of New York with Broadway at its center.

Early settlers of the island of Manhattan were amazed by the amount and the diversity of the wildlife and the beauty of the forest. Lobsters as long as a man's arm were stacked upon the ocean floor, and fish jumped freely into canoes.

Obviously the natural diversity is gone these days, yet diversity remains in the people who walk the streets of New York. Broadway blossomed and began showing the true colors of what it would come to be in the the later half of the 20th century.

Many folks, historians even, skip over the importance of Broadway in the 1920's. The place is often regarded as a trifle in the grand history of the Jazz Age, I would have to argue that to understand the 1920's you must start with Broadway and it's denizens--as much as anything, they are the 1920's.

Broadway was the hangout for most of the famous people - gangsters like Owney Madden, rubbed shoulders with celebrities like Charlie Chaplin. High stakes poker games ran for days in the back of speakeasies, with Babe Ruth, Al Jolson, and Arnold "The Brain" Rothstein all sitting at the table.

Broadway in the Roaring Twenties was anchored by a delicatessen (America was in the midst of alcohol prohibition) called Lindys, where the gamblers, drunks (ironic enough), chorus girls, and celebrities like Groucho and Harpo Marx would converge at 4 in the morning for a bite to eat and to carouse.

The history of Broadway New York was chronicled and embellished by Broadway newspaper writer and, Damon Runyon.

Runyon's stories were largely responsible for the speech of 1920s New York, the reason we think of people on Broadway talking about a woman as a "daffy dame", "tough Broad", a "doll, or a "tough gorill". Seemingly tough guys went "daffy over dames" in Runyon's stories.

This is the language of Broadway, and it would eventually sweep the nation in the popular flapper slang of the 1920s. In Runyon's eyes, New York only existed "on Broadway" and, in his world, it was perpetually between the hours of 11PM and 4 AM.

In his amazing book Gangsters and Gold Diggers: Old New York, the Jazz Age, and the Birth of Broadway, which I highly recommend to anyone who wants a great fast-paced history of New York in the 1920s, Jerome Charyn says:

"Broadway was a no-mans land, neither the East nor the West. It ate up your past and your tradition. The Big Street was where you went when you had nowhere to go."

If there is anywhere that seems to live in a vacuum during the 1920s, it is Broadway. In the literature and characters of the time it lived by it's own code, the code of the street--the code of Damon Runyon.

If there is one tangible link to the early Broadway Runyon left it can be seen in the Broadway Musical, Guys and Dolls which is based on "The Idyll Of Miss Sarah Brown" a short story by Runyon based loosely on the "goings on" of Broadway and New York in the early years.

Runyon created Broadway, as much as anyone could, along with Flo Ziegfeld, and Arnold Rothstein, and Babe Ruth. The history of Broadway New York is littered with seemingly one-dimensional yet larger than life characters.

The Big Street was a blur of actions and a pit of glittering debauchery. Runyon and the history of Broadway New York are almost complicit in the birth of Film noir, and the Hardboiled detective novel that would soon appear in the decades to come.

Though it wouldn't appear for nearly twenty years, Mickey Spillane's character "Mike Hammer" was conceived in a dark alley just off 42nd street, America's future love of Humphrey Bogart and the femme fatale was conceived here as well, at least in theory; America fell in love with the black and white morality of the law of the streets.

If the 1920's are known for being modern society's answer to the prudery and uptight nature of the Victorian age, Broadway is the antithesis of polite society. Yet people fell in love with the beautiful girls and beautiful shows.

As anyone who has ever gone to a Broadway show knows, the real history of Broadway New York lies in the characters who graced the streets as well as the stage.